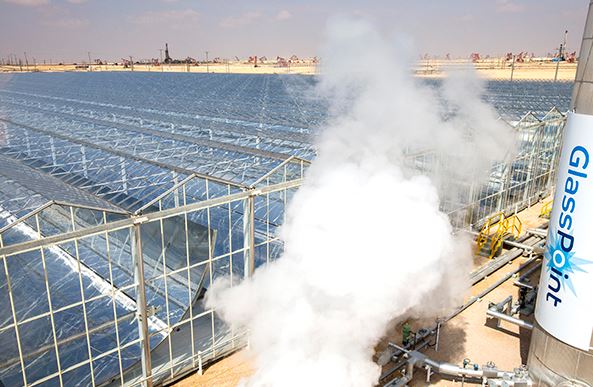 Muscat, Oman — November 22, 2016 — GlassPoint, a company dedicated to designing and installing systems that utilize solar power to increase efficiency and reduce impact on the environment from oil and gas processes, has awarded the package for the supply of control valves to Valtek Sulamericana MENA.

Miraah will be one of the largest solar energy plants in history, producing 1,021 MW of peak thermal energy. GlassPoint is building the project in partnership with Petroleum Development Oman, the largest oil producer in Oman and a joint venture between the government, Shell, Total and Partex. Miraah will use concentrating sunlight to generate 6,000 tons of solar steam each day. The steam will feed directly to PDO’s existing thermal EOR operations, providing a substantial portion of the steam required at the Amal oilfield in Southern Oman.

Miraah will save 5.6 trillion Btus of natural gas each year, which can be used for higher value uses in Oman boosting economic growth. The mega project dwarfs all previous solar EOR installations and is more than 100 times larger than the pilot project built by GlassPoint for PDO in 2012. The full-scale project will comprise 36 glasshouses, built in succession and commissioned in modules of four. The project is currently under construction with steam generation from the first glasshouse module projected to begin in 2017. Project completion will come in the following years and will span a total area of three-square kilometers, including supporting infrastructure.

By using solar steam instead of burning gas to make steam, Miraah will reduce CO2 emissions by more than 300,000 tons each year. These carbon savings are equivalent of taking 63,000 cars off the road.

“The award of the Control Valve package for this prestigious project once again affirms Valtek Sulamericana’s strong position in the market. A testament that providing the highest levels of customer service, with a highly engineered product yields results.” – Scherduyck Wanderson, HOD Engineering Valtek Sulamericana. 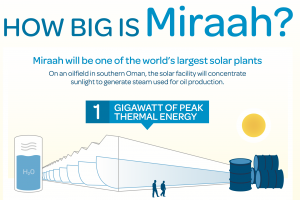